A poet falls in love with an art student who gravitates to his bohemian lifestyle and his love of heroin. Hooked as much on one another as they are on the drug, their relationship alternates between states of oblivion, self-destruction, and despair. 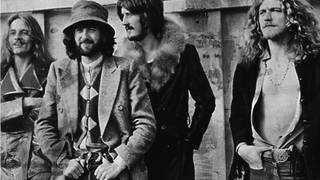 This 70-minute film covers the years of struggling before Led Zeppelin: the session studios and amateur band scene of the 1960s. It then focusses on the modest success of outfits like The Yardbirds and Band Of Joy, and eventually culminates in the formation of Led Zeppelin, the first two albums, and international acclaim and popularity. It features rare musical performances, and obscure footage of rare interviews and rarely seen photographs. The program is injected with review, comment, criticism and insight from; Alan Clayson, former Melody Maker journalist, Chris Welch; ex-1960s NME editor, Keith Altham; Yardbirds guitarist, Chris Dreja; and many more.